Roger Federer revealed he struggled to shake off nerves during his win over Dusan Lajovic at Wimbledon on Thursday.

The Swiss great eventually settled to claim a 7-6 (7-0) 6-3 6-2 victory over Lajovic in the second round at the All England Club.

However, it only came after a slow start, which Federer – an 18-time grand slam champion with seven Wimbledon titles – put down to nerves.

“I think it was just like all of a sudden I was walking up to the locker room after my warm-up and I was just feeling excited and nervous,” he said.

“But I was not nervous at all for the first round. So I think in the third round I will feel better again.

“And it’s weird how sometimes you can be way more nervous for a second round than, say, for a finals, believe it or not. It’s like you wake up every day the same, and I’m happy I got through this one feeling the way I did, because in a way it’s strange playing this way when you’re so tense.

“Yet you have nothing to lose or in a way that’s what I’m telling myself, just play freely. It’s not just that simple once you get out there.”

Roger Federer in a hurry… 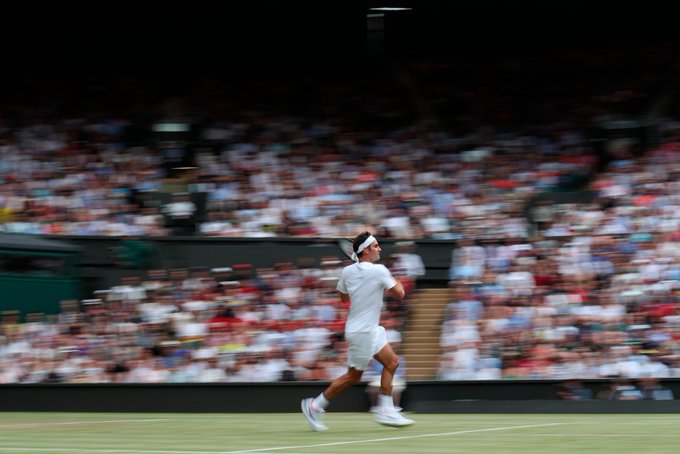 Asked what he enjoyed most on tour, Federer said it was the battle, as he welcomed the nerves that come with competing.

“I think it’s the competition,” he said.

“Even though today when I was walking out on court, I was like, ‘Oh, another match where I feel nervous before the match.’ I don’t love it. It is what it is. It’s going to feel better once I’m out there. It took me a while to get rid of the nerves. I always say when I’m nervous, I care, which is a great thing.

“When you’re only practicing, you never get nervous like this because it doesn’t matter if you miss break points or play bad or whatever it is. As long as you train well, it’s supposed to be all good.

“Eventually you miss the competition of those nerves, but also just seeing my fellow tennis players, friends on the tour and there are so many people that go with it, tournament organizers, tournaments, fans, and you name it, so I think you start missing that, of course.”

Latest posts by tennistours (see all)