I don’t practice Santeria, I ain’t got no crystal ball. Nevertheless, we can try to handicap the field at the 2017 French Open. The men’s draw is the equivalent Warriors/Cavs, two unstoppable forces a path, inexorably it would seem, to collide. Put another way: if a player other Rafael Nadal or Novak Djokovic wins the title, it would mark a considerable upset.

With Sharapova in exile (a great band name, by the way), Serena out with a belly bump and both the defending champ and top seed struggling, the field is akin to the 2016 GOP field—more than a dozen contenders and a high probability of a surprise winner. The real winner? The tennis fan. You get ritual excellence. You also get also the unpredictability and the unscripted anything-can-happen spontaneity of sport. Another reasons this sport will survive—thrive even—in spite of itself.

Read on for the dark horses, top first-round matchups, predictions and more as we breakdown the men’s and women’s seeds at the 2017 French Open.

With Novak Djokovic showing signs of life again, Murray’s deeply lackluster 2017 will now receive more attention. A runner-up in 2016, he would be thrilled with that result this year. A top seed in name only.

After a generally dismal 11 months, the defending champ suddenly comes to Paris with, well, some spring in his step. New duds. A new super-coach. His Rome run included a not-so-fast-kid win over Thiem. Lots will be revealed and questions requiring answers remain. But say this: a defense is looking more promising today than a month ago.

It’s been an uneven year for Wawrinka but that’s become redundant. The 2015 champ has proven his bona fides on clay in the past. And he’s become a reliable “second weeker.” But, man, has 2017 been quiet in Stanistan.

Like rose pedals strewn ahead of royalty, Nadal comes to Paris preceded by hype and expectation. Nadal has been “clay-GOATing” as one of you put it, this spring. Even after his hiccup in Rome—his lone clay defeat in four events—there’s little reason to think he won’t continue. Benoit Paire will present a potential round one adventure. But all in all: looking like he will win French Open X in two weeks.

The hard-serving Canadian deserves credit for much, not least his professionalism. But he’s been a cipher since last year’s Wimbledon. And he’s unlikely to emerge on clay.

Let’s start on the plus side: he made a deep run at Roland Garros in 2016, he plays well on clay in general and his campaign this year included a win over Nadal in Rome. Less auspicious: he mustered one game against Djokovic in his previous match, not exactly a confidence builder heading to a major. Probably your third pick after Nadal/Djokovic.

The 2014 U.S. Open champ is dangerous in theory, but he hits too flat a ball and with too little margin to succeed for seven rounds on clay. Last year he fell in round one.

Different as their games and physiques are, he and Raonic share much overlap in their venn diagrams. Professionals, clinicians, the best players their countries have produced…. and physical risks, especially in best-of-five formats.

Justified hype. Fresh off his Rome title, now squarely embedded in the top 10, where he’s likely to reside for the year decade. Be interested to see how he deals with heightened expectations, but the future begins now. Early test against Verdasco.

Fast becoming a favorite among the cognoscenti, an efficient, slick moving player who doesn’t bring much power to bear but generally wins the matches he should and competes well in the ones he shouldn’t. Look for him in the second week, but early, not late.

Deserves credit for reviving his game and his ranking. And, remember, he came within a few points of reaching the finals in the previous Slam. But he has been very mediocre on clay—including losses in his last SIX three-setters. More bad news: his last French Open win came in 2013.

Even at full health—which is seldom the case—there’s an unmistakable sense that, sadly, pre Tsonga is deep into the back nine of his career. A former semifinalist, he will be a sentimental favorite. But how many rounds that buys him is another matter.

A quarterfinalist last year. But at age 31, are his best days behind him? Like Cilic, clay punished his risk-reward-high-reward flat slugging.

Behold the forehand. And his clay court skills are solid. A middle weekend appearance would be an achievement. Strong, steady ascent for Sock, but the real breakthrough remains elusive.

LeMonf missed last year’s event—and then had a terrific second half of 2016. A quiet 2017 so far.

Third highest-seeded Frenchman but might have the best chance of a deep run. Outside the top 50 a year ago, let’s see how he does as a seed at his home Slam.

A vexing opponent, who annoys more than he wounds.

A few lapses notwithstanding, his tennis has overshadowed his antics this year. But the combination of clay and nagging injury gives pause. Expect little here and more on grass.

TENNIS
Mailbag: Why Andre Agassi is a good match for Novak Djokovic ahead of French Open

Star this pony in your racing form.

A better clay courter than you might think. Always a danger with that serve. And behold the Rome results.

A real shot at the quarters for a workhorse at his best on clay.

His prime is past his meridian, but always capable of 90 minutes of magical tennis.

Rough spring for the American. Wish him well.

The “29” is deceiving. A top five player, provided he’s healthy. Sadly, that does not appear to be the case.

Former finalist gets a mention, if only for old-times’ sake.

Fernando Verdasco: Spanish vet is getting on in years (he’s 33) but he’s an opponent no one wants to face early.

TENNIS
Del Potro could miss French Open because of injuries

Borna Coric: Top 10 talent that has been coming to the fore, lately. For all the whispers about stagnation, he’s still only 20.

Nico Almagro: Always a question of whether his fragility or talent will win out.

Hyeon Chung: Best Korean ever (?) is starting to make his move.

First round matches to watch

Dustin Brown vs. Gael Monfils: An exo with ranking points and prize money.

Nishikori vs. Thanassi Kokkinakis: Nishikori will win but nice to see the young Aussie back.

Zverev vs. Verdasco:  A Madrid repeat.

Verdasco will push Zverev. Zverev will survive and play deep into week two.

TENNIS
Beyond the Baseline Podcast: Previewing the 2017 French Open with Arantxa Sanchez Vicario

Nicolas Mahut and Hughes Herbert: The Rome winners will try and reprise at their home Slam.

A top seed numerically only. A first round loser last year—the lone lousy Slam of her 2016 campaign—she comes in having lost four of her last six matches. And she draws Makarova in round one? We still believe she’s capable of top-flight tennis but wait till grass is underfoot.

The major titles will come, but clay will be a challenge, where her hard, flat (typically Czech) strokes are given too little margin for error. A good—but not great—year so far.

Even with the ankle injury, she’ll likely be the favorite. Hard to recall the last time a Slam-less player has been such a favorite to win a Slam. But it’s well-deserved here. After a slow start, Halep has been playing top five tennis on clay, including winning the Madrid title.

A terrific player who, lamentably, shares a shaky relationship with expectation—and sadly that’s what being a defending champ entails. She could repeat. She could also lose her first match to another former champ, Francesca Schiavone.

A career high ranking after winning her fourth title of the year in Rome. Due for a true breakthrough at a major. If so, she has a strong shot at finishing the year at No. 1. A player to watch but has barely been deep in a Slam; hard to pick a player with so little big-match experience.

A giant-killer who punches above her height and embraces competition. Capable of getting outhit but also capable of winning the title. Wish there were momentum—only two clay wins this year—but squarely on this contender list.

All credit to Konta for her upward mobility. Making improvements even on clay, her worst surface. Yet to win a match at Roland Garros in her career. And yet she has to be a considered a contender.

A terminally underrated player and former Roland Garros winner who could easily steal her third major. Even a few weeks from 32, she can play with anyone. Her erratic swings are lessening. She is still athletic but now relies on accumulated experience as well.

A crafty counter-puncher but the clay seems to mess with her timing. Never plays as well on clay as you think she should.

Crazy as this sounds, a few weeks from turning 37, she has a real shot—we mentioned this was crazy, right?—to win the whole thing. Will benefit from a day off between matches. And she is coming off a run to the final at the previous major. 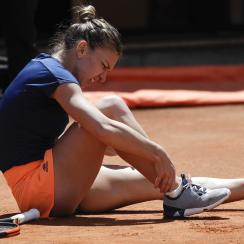 Even on clay, her athleticism and experience make her a contender. But the right lower back injury is unfortunate.

Wish she were coming in with more momentum, more confidence, more match play in 2017 and more confidence on clay. But on horsepower alone, she is a threat. (Otherwise, Wimbledon starts in five weeks.)

Credit her for getting to this poin —and winning Indian Wells—but not a threat on clay. At least not in singles.

That she simply in the draw ought to elicit smiles.

Quietly putting together another solid year. And quietly becoming a reliable player at the majors. It took a while for the 2006 junior Australian Open champ, but nice to see her game coalescing.

A semifinalist last year, Bertens is back.

On serve and athleticism alone, no reason she can’t make a deep run.

Wish there were more weaponry but she’s the kind of slick, clay-comfortable player who could last deep into Week Two.

Coming off a semifinal at the previous major.

Former finalist thrives on clay, where she has time to line up her strokes.

Pluck lends itself well to clay.

A run to the quarters last year ought to fire her with confidence (and concerns about defending many points.) 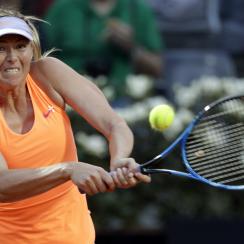 Begged off her doubles to focus on singles. Now would be a good time to validate that choice.

The breakthrough is coming.

***Special commendation for Laura Siegemund, a 29-year-old, who was playing terrific tennis in 2017 and, sadly, injured her knee and won’t post for Roland Garros. Wish her well in recovery.

Genie Bouchard: A semifinalist three years ago (coming off a defeat of Sharapova.)

Jelena Jankovic: Her best days are behind her, but former No. 1 can still have her moments.

Alize Cornet: (As an aside: “Reine du theater” is “drama queen” in French.)

Oceane Dodin: French talent with a lot of game who’s still figuring out how to deploy it.

First round matches to watch

Kerber vs. Ekatarina Makarova: A real chance the top seed doesn’t make it out of round one.

Muguruza vs. Schiavone: Rare to see two former champs square off in round one.

Ash Barty vs. Madison Keys: To mix surfaces, Barty would cement her comeback on clay if she could take down a star like Keys.

Martina Hingis and Chan Yung-Jan: Heavy favorites after winning Madrid and Rome. (Is there a more underrated story in tennis than the doubles success of Hingis?) 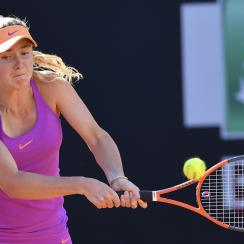 TENNIS
Svitolina surges to No. 1 spot in Race to Singapore with Italian Open title

Latest posts by tennistours (see all)

5 Bold Predictions for Wimbledon 2014
How Much Do US Open Tickets Cost?
Wimbledon TV Schedule