How to Get a Signed Autograph at the US Open

There’s no souvenir from the US Open quite like that of a superstar tennis player’s signature! While hours of exciting tennis action and thrilling matches make for great memories, there’s certainly something special about having an item that a player truly connected with, and left their mark upon. But getting close enough to such a star is often tricky, and there are hoards of other fans with the same idea. How can one separate themselves from the mob and secure such a fantastic signature?

Selecting Your Courtside Seats at the US Open:
If you’re lucky enough to have premium courtside seats, you may be able to catch the player on the way out following a match. Simply run down to the front row where their exit is (ask Championship Tennis Tours about the corner exits at Arthur Ashe Stadium) and offer a pen and an item for the signing. However, this method is usually best rewarded when the player has won. Often times a player will storm off abruptly without leaving any autographs in their wake! But most tennis fans don’t have such courtside access. What should they do?

How much does US Open courtside tickets cost? Find out here.

The golden moment at US Open Practice Courts:
The best way to secure a professional tennis player’s autograph is to head out to the practice courts where the players warm up. Check the schedule for your prized hero and head over there about an hour before their match. At the US Open, most players practice on courts by Courts 4 and 5 near the West entrance gate.   There will usually be a small crowd gathered but the earlier you arrive the closer you’ll get to the player. When they’ve finished, the players often go right up to the stands and sign freely for a few minutes before heading off to their match. This is your best shot at getting extremely up close and personal with your favorite tennis player!

Championship Tennis Tours guaranteed tickets to the US Open gives you complete access to practice courts and main courts. 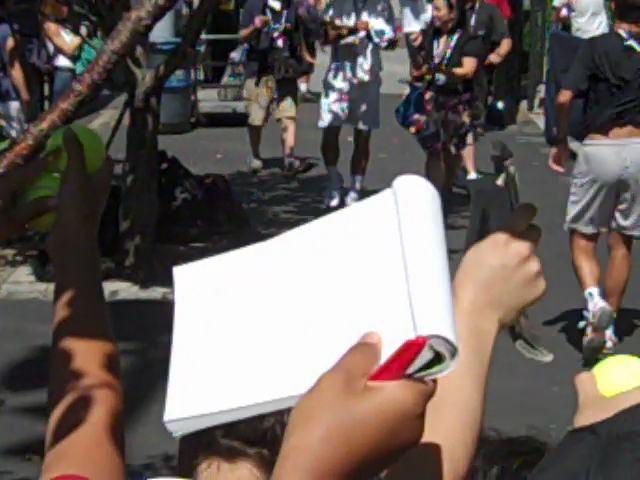 Most Popular Souvenir to Buy at the US Open:
Be prepared! Have a marker and whatever you want them to sign ready, or else they’ll simply move on to the next fan. Many people like to have players sign the big tennis balls, which make for an excellent souvenir. However, for marquee players like Roger Federer, a good tip is to get some of their officially branded clothing lines. The player will recognize the items and feel your love for them with their official fan gear.

This tennis fan has got the right idea!

If you want to collect some US Open signatures, the trick is to be prepared and persistent. You may have to push your way forward to get an autograph, but show some constraint and try not to shove a small child out of the way! Remember, everyone there wants the autograph just as badly as you do, and most players really are friendly and do take their time to sign a lot of items. Just scout out whose signature you want, and get to their practice session nice and early to get a good spot to where you might win such a memorable autograph!

Nicholas Spiller has enjoyed the sport of tennis for many years.An enthusiast who covers all major sports, he finds tennis to be one of the most pleasant and inspirational games around to watch. He also spends his time as a musician in Los Angeles.

Australian Open Underway Down Under!
A Guide to the Miami Open and South Florida
WHAT IT'S LIKE TO VISIT THE FRENCH OPEN