While no player won more than a single Grand Slam in 2014, it’s clear to see that Novak Djokovic has become the world’s best and is fully deserving of his top ATP ranking. Throughout the year he has competed at the level everyone aspires to, and while the other 3 of the “Big Four” have endured countless struggles, Djokovic alone is playing confidently and consistently picking up titles. 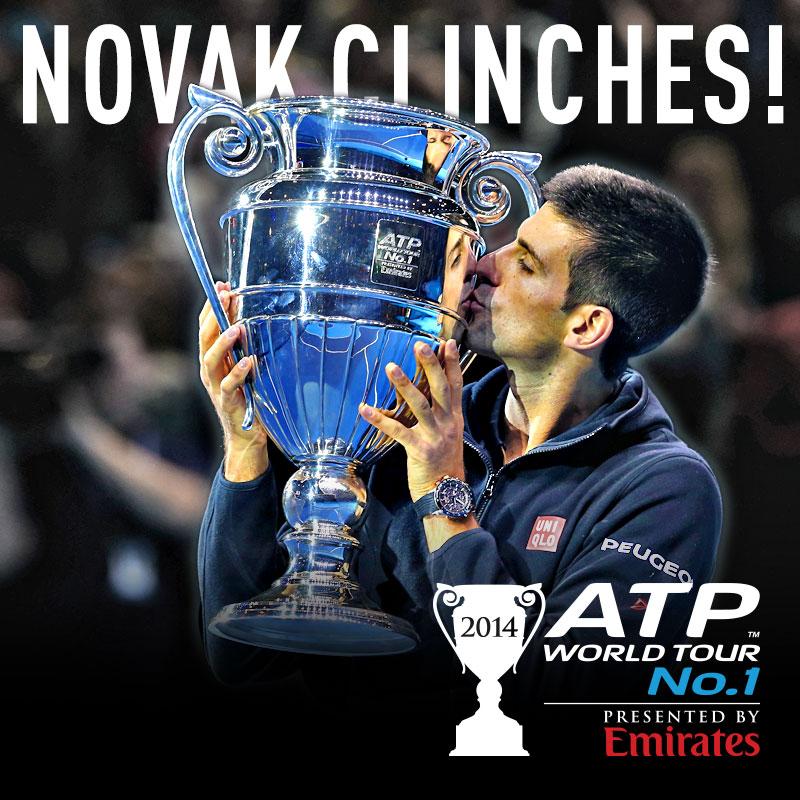 His most recent success was at the ATP World Tour Finals, where he won in the final due to Roger Federer’s late injury and subsequent withdrawal. But before that match, Djokovic had dispatched of other top players Marin Cilic, Tomas Berdych, Kei Nishikori, and Stanislas Wawrinka with ease. Several of these players are the supposed up and comers in professional tennis, and Djokovic largely destroyed them (only Nishikori took a set from Djokovic). Perhaps Federer could have won in the final but considering his injury it was highly unlikely. At the advanced age of 33 and clearly slowing down, Federer has fallen and basically been replaced by the talented Serbian.

The other decent competitors that we expected to contend against Djokovic include Rafael Nadal and Andy Murray. But while Nadal battles injury after injury and Murray fails to build off of his 2013 Wimbledon success, it seems that only Djokovic has really taken his game to the next level and become elite.  Here is a video to learn a bit more about his tremendous career to date:

Looking ahead to 2015, this could be Novak Djokovic’s year. While I expect the youngsters to continue to improve, and certainly envision returns to form by Nadal and Murray, I think that Djokovic has established himself in a class above all others and could certainly claim several Grand Slam titles, similar to the 3-Major feat he achieved in 2011. At 27 he is in his absolute prime and should continue to thrive as Federer’s age becomes an increasingly decisive factor.

Nicholas Spiller has enjoyed the sport of tennis for many years.An enthusiast who covers all major sports, he finds tennis to be one of the most pleasant and inspirational games around to watch. He also spends his time as a musician in Los Angeles.

Federer vs. Nadal Showdown Presents Opportunity for All Swiss Australian Open Final
A Look at the New Rising Stars of Tennis in 2014
The Dawning of the Age of Tsitsipas - by Bill Simons of Inside Tennis